A Brief History of Warren Township

The Introduction to Images of America - Warren Township

Called by one early author the greenest place in New Jersey, Warren Township stretches from the crest of the First Watchung Mountain across Washington Valley to the Second Mountain and beyond, ending at the Dead and Passaic Rivers. Now encompassing an area of 19.3 square miles, Warren was half again as large before 1872, the year the communities now known as North Plainfield, Green Brook, and Watchung were carved from its landmass. The Watchung Mountains, whose natural beauty characterizes the township, came into being 125 million years ago when volcanic eruptions to the west covered the area with two thick lava flows that later were tilted upwards 20 degrees. Then, gradually, imperceptibly, during the millions of years that followed this massive shifting of the earth, water eroded away the land, exposing the jutting edges of the buried lava. These exposed basaltic edges, now much weathered, are the First and Second Mountains; between them lies a broad, fertile valley through which flows the Middle Brook.

The Lenape Indians roamed these parts for thousands of years before the Europeans came, but they left little history; a few arrowheads and grinding stones have been found along the Passaic River; Dock Watch Hollow is the only locale that bears an Indian name.

English and Scots-Irish from Turkey (now New Providence) and Scotch Plains first settled the township in the 1720s. Farmers from New Providence Followed the Passaic River into what is now Union Village and Smalleytown. To the south, pioneers from the lowlands moved through Lincoln Gap (Somerset Street, Watchung) and into Washington Valley. Philip Cox may have arrived here as early as 1727, the year he bought 200 acres betwixt the first and second mountain called the Blue Hills. Until 1743, when the Borders of Somerset County shifted northward, Warren was part of Elizabeth Borough in Essex County.

By the time of the American Revolution, fewer than a hundred families lived in what would become Warren, eking out a living from the stone-scattered fields. There were saw and grain mills on Cory’s Brook, in Dock Watch Hollow, and elsewhere. A Baptist Church on Old Church Road and a schoolhouse on Mount Bethel Road were the centers of community life. Twenty or so men from Warren served in the state militia. One of them, David Smalley, rose to the rank of captain. 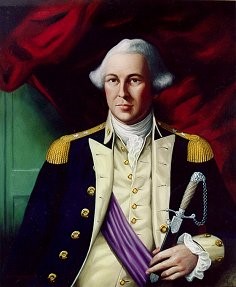 Not until 1806 was Warren Township created from portions of Bridgewater and Bernards. Named in honor of Joseph Warren, hero of the Battle of Bunker Hill, Warren grew slowly. In the 1830s Germans settled in the Washington Valley, soon followed by French and Swiss and later by Italians, all of whom turned their industrious hands to whatever work there was to do. The Civil War divided the township sharply. Fifty or so men joined the northern ranks, many of them draftees, while at home County Freeholder Daniel Cory was jailed by the federal government for disloyalty. Throughout the late nineteenth century and into the early twentieth, the principal industries were livestock, fruit and grain raising, dairy farming, and logging.

World War II had an enormous impact on the community. Almost all able-bodied young men (and some women, too) served in the armed forces. The post-war demand for housing spurred a flurry of new construction - the number of homes increased 45% during the years 1946 through 1948. New schools and paved roads inevitably followed, encouraging even more construction.

A second building boom in the 1960s drove the population to 8,592 by 1970. A shopping center, the town hall, and a cluster of commercial buildings made Warrenville the new "downtown." To many old-timers, it seemed that the township had been transformed beyond recognition. But when Route 78 finally opened to its full length in 1986, still another wave of building crested over the remaining farmland. In 1992 alone, the town approved nearly one thousand new homes. A luxury hotel that opened in 1989 and AT&Ts multi-million-dollar complex on King George Road (finished 1996) completed the transformation. The population now exceeds 12,000. As late as 1982 there were still 150 working farms on the township. Now most of them are but a memory, the victims of progress.

Almost from the beginning, Warren was a scattering of small villages, often mere crossroads. Centered about a church or school, even in their heyday these villages boasted only a post office and general store, perhaps a blacksmith shop and a few houses. Their names - Mount Horeb, Coontown, Mount Bethel, Union-Village, Smalleytown, Warrenville and Springdale - evoke pleasant memories still. While enough of the old-time Warren remains to hint at what once was, much has been lost during the last forty years. The photographs we present here preserve the past, offering a visual history that will stir the memories of longtime residents and encourage a sense of pride in those new to Warren Township.

“The oldest portion of the King George Inn was built in the eighteenth century. In 1873 Jacob Blimm, then the proprietor advertised a stage line from Plainfield to Mount Bethel. Josephine Schaeffer, who later sang at the Metropolitan Opera, lived here in the 1880s. In 1909, …, the inn was frequented by city folk who came to enjoy the healthful country air.” 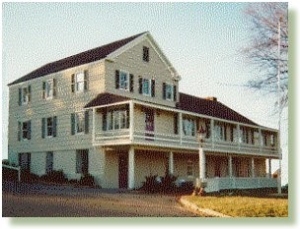 “After the township acquired the Kirch House in 1980, volunteer members of the Historic Sites Committee saw to its restoration. A bee-hive oven, a walk-in fireplace, pine flooring, and a secret room that may have been a stopping-place on the pre-Civil War underground railroad are among its many features.” 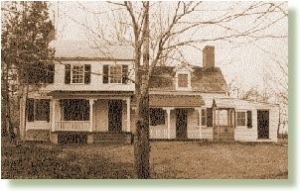 “The Baptist Meeting House was built c. 1761 on the old Quibbletown Gap Road (now Old Church Road), then disassembled and moved to its present site in 1785. It is listed on the National Register of Historic Places.” 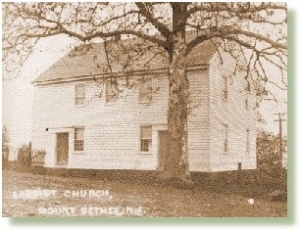 “The old Smalleytown School was built of fieldstone c. 1800. The large elm shown in this c. 1900 view was planted as “guardian” of the pupils who studied there in 1842, the year the township acquired the land. The structure to the left was a stagecoach stop c. 1790.””During the 1870s and 1880s, the Reverend David D. Smalley III taught forty pupils in this one-room schoolhouse. Closed in 1885, the building was a private home until it was removed in 1976 to Olde Towne Village in Piscataway.” 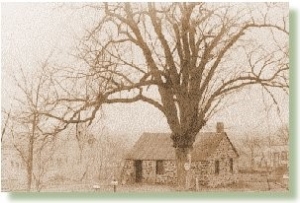